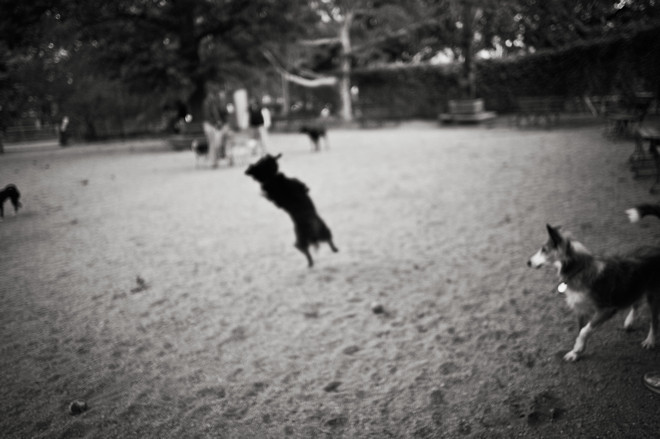 Virgil DiBiase (b.1963) lives in rural Indiana with his wife and a bunch of equines.  He is a full time clinical neurologist, photographer, part time farm hand. His parents were Italian immigrants who moved to rural Salem Ohio in the 1950s. His father was a photographer and taught him how to develop B&W film and make gelatin silver prints in the basement darkroom. Back then everything was in B&W: TV, magazines, newspapers and photography. His father made beautiful family photos with his Leica and made big 8x10 prints. Black and white photography was his first language and so he continues to work in B&W.

He has exhibited his work in many juried group shows including Griffin Museum of Photography, Fort Wayne Museum of Art, Colorado Photographic Arts Center, Edition One Gallery, Soho Photo Gallery ,Providence Center for Photographic Arts and photo-eye Gallery in Santa Fe. He’s been published in B&W magazine, LFI Magazine, Burn Magazine, The Cresset, and recently Shots magazine. He’s had solo shows at the Rangefinder Gallery in Chicago, Strimbu Gallery at Valparaiso University and the Workspace Gallery in Lincoln Nebraska. He’s been short listed three times for the Royal Photographic Society International Print Exhibition and has been a Critical Mass Finalist for the last 3 years. His work is in the permanent collection of the Fort Wayne Museum of Art.

In the 1980s when I was in medical school there were 500,000 people with dementia in this country. Now there are nearly 6 million people and that number will triple by mid-century. There is no cure for dementia but that doesn’t mean we can’t take care of the people in a humane way. I started to make portraits of my patients with dementia and spend time with them in their homes and make a social event out of it. When they come back to see me in my clinic they had an emotional memory of our interaction. Two years ago, my father developed dementia and he said to me: “get me out of here”, a metaphor for being trapped cognitively by his disease. Since that time, I’ve been making Pt/Pd prints of perceptions, using quotes from my patients to visually shape my photos. I aim to create a visual language in order for the viewer to experience the inner state of dementia. We categorize people with dementia as suffering from the same set of conditions and having the same symptoms. They may have the same disease but they experience it in unique ways. They are unique individuals, just as non-demented people are. And just as Platinotype prints are unique even when printed from the same negative. Metaphorically this process parallels my relationship with my dementia patients (or any other relationships). These are unique individuals and anything goes. It takes patience. This project deserves a hand crafted process rather than inkjet prints or even silver gelatin prints where every print looks the same. I would like to preserve these memories in photographs. Platinum prints are very stable, but memories are not.